Mini Reviews is a new feature for this blog in which I write book reviews that are, well, mini. These books featured are mostly backlist books, books I read but never reviewed/forgot to review/the like. Typically, these features will include 2-3 books. 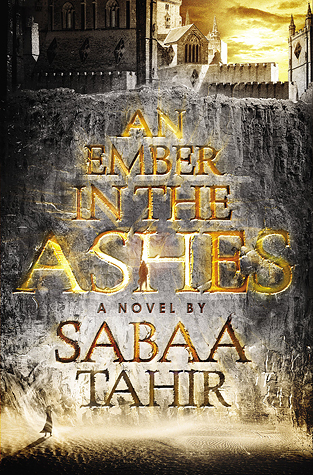 Laia is a slave.

Elias is a soldier.

Under the Martial Empire, defiance is met with death. Those who do not vow their blood and bodies to the Emperor risk the execution of their loved ones and the destruction of all they hold dear.

It is in this brutal world, inspired by ancient Rome, that Laia lives with her grandparents and older brother. The family ekes out an existence in the Empire’s impoverished backstreets. They do not challenge the Empire. They’ve seen what happens to those who do.

But when Laia’s brother is arrested for treason, Laia is forced to make a decision. In exchange for help from rebels who promise to rescue her brother, she will risk her life to spy for them from within the Empire’s greatest military academy.

There, Laia meets Elias, the school’s finest soldier—and secretly, its most unwilling. Elias wants only to be free of the tyranny he’s being trained to enforce. He and Laia will soon realize that their destinies are intertwined—and that their choices will change the fate of the Empire itself.

I read AN EMBER IN THE ASHES in the summer of 2015 when I could stay up pretty late reading. I remember that I did, in fact, stay up way too late reading this fantastic book. This novel follows the alternating perspectives of both Laia and Elias in the reigning oppressive government under which they live.

The world-building in this novel is fantastic; Tahir makes it incredibly easy to picture the setting right in your mind. To add on, Laia and Elias’s characters are very well-written and explored; their motives are clear, and their eventual romance between them is slow-burning and intense.

Overall, this is the perfect high fantasy read that is relentless in its imagery and beautiful in its prose. And, can we talk about that swoon-worthy cover? 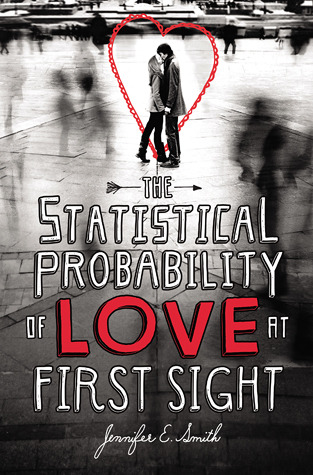 The Statistical Probability of Love at First Sight
by Jennifer E. Smith
Genre: YA Contemporary, Romance
Publication: January 2nd 2012 by Poppy/Little Brown
Series: n/a
Add it to your Goodreads
Rating: ★★★★★

Four minutes changes everything. Hadley Sullivan 17 misses her flight at JFK airport, is late to her father’s second wedding in London with never-met stepmother. Hadley meets the perfect boy. Oliver is British, sits in her row. A long night on the plane passes in a blink, but the two lose track in arrival chaos. Can fate bring them together again?

TSPOLAFS (it’s such a long title I had to acronym it!) was such a cute, sweet, and quick read. I finished it in one afternoon! This novel follows Hadley and her coincidental romance with a boy named Oliver that she meets on a plane.
Told over the course of 24 hours, the novel explores the underlying stories between the two characters and the romance that blooms between Hadley and Oliver. And let me tell you, Oliver is a definite swoon-worthy boy.
Overall, TSPOLAFS was an adorable contemporary read, perfect for a Friday night or Sunday morning. If you can get past the unbelievability of the whole situation, the statistical probability of you falling in love with this novel is 100%.