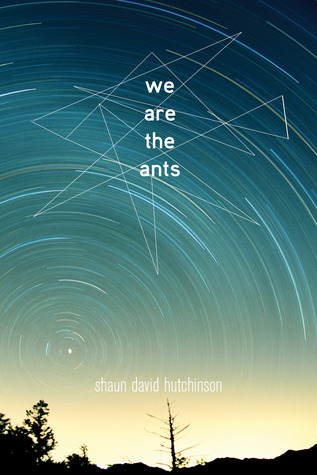 But they have. And they’ve only given him 144 days to make up his mind.

Since the suicide of his boyfriend, Jesse, Henry has been adrift. He’s become estranged from his best friend, started hooking up with his sworn enemy, and his family is oblivious to everything that’s going on around them. As far as Henry is concerned, a world without Jesse is a world he isn’t sure is worth saving. Until he meets Diego Vega, an artist with a secret past who forces Henry to question his beliefs, his place in the universe, and whether any of it really matters. But before Henry can save the world, he’s got to figure out how to save himself, and the aliens haven’t given him a button for that.