Hi everyone! Welcome to my stop on the HarperTeen Summer 2016 Tour! If you don’t know, this event is all about featuring 50 new titles from HarperCollins’s summer catalog, set up by the amazing Hannah from The Irish Banana Review.

Make sure to read until the very end of this post because there’s going to be a lot going on + a few amazing giveaways! Let’s get started! 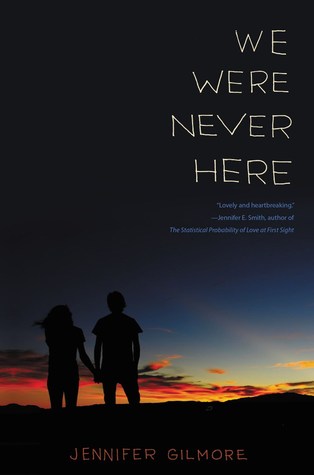 In this exquisitely written, emotionally charged young adult debut, Jennifer Gilmore explores the bond that is formed between a hospitalized girl and the secretly troubled boy she falls in love with.

Did you know your entire life can change in an instant?

For sixteen-year-old Lizzie Stoller that moment is when she collapses, out of the blue. The next thing she knows she’s in a hospital with an illness she’s never heard of.

But that isn’t the only life-changing moment for Lizzie. The other is when Connor and his dog, Verlaine, walk into her hospital room. Lizzie has never connected with anyone the way she does with the handsome, teenage volunteer. However, the more time she spends with him, and the deeper in love she falls, the more she realizes that Connor has secrets and a deep pain of his own . . . and that while being with him has the power to make Lizzie forget about her illness, being with her might tear Connor apart.

This book has such a gorgeous cover and intriguing synopsis and I’m so excited to read it! I hope you are too!

ALSO! Don’t forget, we’ll be having another Facebook chat, featuring four authors from the summer catalog!

The authors this time participating are Julie Eshbaugh (IVORY & BONE), Lindsey Klingele (THE MARKED GIRL), Paula Stokes (GIRL AGAINST THE UNIVERSE), and Michelle Andreani & Mindi Scott (THE WAY BACK TO YOU). Hope to see you there!

*Titles not included: The Crown by Kiera Cass, Escape from Asylum by Madeline Roux, Sing by Vivi Greene, The Countdown by Kimberly Derting, & United As One by Pittacus Lore

In addition to the one massive prize winner, we will also have 4 winners who will be able to select 3 titles they want from the Summer 2016 Catalog.

5 books are: Front Lines by Michael Grant, Revenge & the Wild by Michelle Modesto, The Lifeboat Clique by Kathy Parks, Symptoms of Being Human by Jeff Garvin, & The Girl from Everywhere by Heidi Heilig

Collect the daily word from each blog stop during the Harper Summer 2016 Tour (a total of 50). Once you’ve collected them all, email the complete saying to: HarperTeenTour@gmail.com

#3 – Preorder for any book on the HarperTeen Summer 2016 Catalog

In addition to the tour-wide giveaways, I’m also running a giveaway for an order of any book on the Summer 2016 Catalog, so you’ll have a lot to choose from! This giveaway will be international if the Book Depository ships to you. Be sure to read my giveaway rules here.

Click here to check out all the other blogs participating!