You know the story–or do you?

Cady Heron grew up homeschooled in Africa with scientist parents as her teachers, monkeys as her classmates and the African plains as her playground. But when her family moves to the suburbs of Illinois, she finds herself a stranger in a strange land: high school.

With no prior research to guide her, Cady’s forced to figure out North Shore High all on her own. Suddenly she finds herself sucked into Girl World as a new member of the social elite dubbed “The Plastics.” Cady discovers that unlike the wild, Girl World doesn’t have any rules–especially when you maybe, possibly, okay definitely, have a giant crush on their ruthless leader’s ex-boyfriend. Turns out, life in high school might be even more brutal than a showdown on the Savannah.

Based on the screenplay by Tina Fey, this retelling of the cult classic film includes tons of extra, never-before-seen bonus content.

Huge thanks to my friends from Scholastic Inc. for approving an e-galley of this title for me via Edelweiss in exchange for an honest review. This did not, in any way, affect my overall opinion of the book and/or the story.

Mean Girls is one of the most glorious movies out there that has survived the years that has passed. Albeit there are thousands of movies that tried to follow in it’s footsteps, there will never be a movie as iconic as Mean Girls. And to see an actual novelization of the movie, especially now, is exciting because through this book, long-time fans of the movie can finally relive the fun experience of getting to know the people that makes up North Shore. Today, I’m so glad to finally be able to share with you my thoughts on this novel.

Since I’m a huge fan of the movie, it was nice for me to get the chance to witness the story unfold through a novelized version of the original Mean Girls story that was told in multiple points of view. Albeit there were scenes and other instances when I had a hard time trying to actually determine who was telling the story because each of the characters’ voices sounded similar. Without actual indication, it would be hard and confusing to identify who’s who. But, since I’ve already watched the movie plenty of times, I know who’s probably telling the story. I did appreciate the multiple POVs, though, because it somehow gave a little depth to the whole story.

I like the fast-paced writing, and the impressive transitioning that the author used to tell Cady Heron’s story. I’m easily impressed with books that I usually read in just a few hours (or days), and I’m not the type of reader or reviewer who’s extremely keen on details, or whatever. As long as I’m entertained, for me, the book ultimately did it’s job. In the case of Mean Girls, I laughed, cringed, and was also able to relive the fun and laughable times that I went through when I first watched the movie. I think it’s needless to say that for that reason alone, I felt delighted to have been able to read this novel.

On a negative note, though, this book is literally the entire movie turned into a novel without any addition of extra scenes, or whatever. I mean, I actually assumed for this to be just that, but for some reason, I was expecting for this to offer something new. Maybe an addition of a twist, or something? I don’t know, the author might have her hands tied due to some legalities that might hinder her from adding anything, but yeah, that’s just me. I did appreciate the addition of story fillers such as text messages between characters, Mrs. George’s to-do list, excerpts from a Wilderness Journal, Student Activity Committee Minutes, and lots more! Also, based on the e-galley that I read, there’s going to be a map of the North Shore Cafeteria which I’m actually quite excited for.

“All in all, this Mean Girls novelization is a fairly accurate depiction of the original film from 2004. For hardcore fans of the movie, this will be a sure hit because it perfectly depicts all the iconic scenes that patrons surely loved in the movie. But for those who are looking for a fresh, new read, I’m afraid this might not be the book you’re looking for. The addition of extra ~stuff is well appreciated, though, and overall, I enjoyed reading this book from Micol Ostow.”

Have you watched Mean Girls yet? If so, how long did it take you before you finally gave in to your curiosity and actually watched the movie? Also, this isn’t a question but you should definitely check this book out! 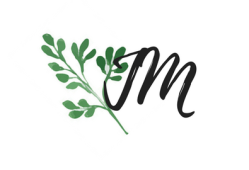