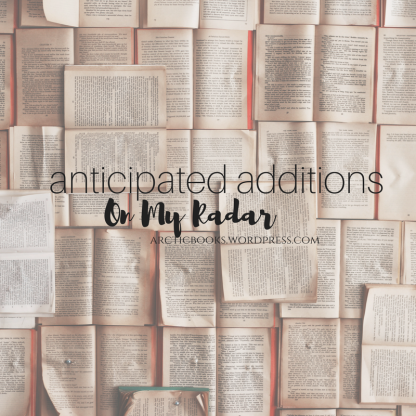 I’ve recently discovered a few new books, and hence, I’ve added them to my Goodreads shelves! Today, I want to share a few of my newly added books with you! Click on the cover for a link to the Goodreads page!

Long ago, a village made a bargain with the devil: to ensure their prosperity, when the Slaughter Moon rises, the village must sacrifice a young man into the depths of the Devil’s Forest.

Only this year, the Slaughter Moon has risen early.

Bound by duty, secrets, and the love they share for one another, Mairwen, a spirited witch; Rhun, the expected saint; and Arthur, a restless outcast, will each have a role to play as the devil demands a body to fill the bargain. But the devil these friends find is not the one they expect, and the lies they uncover will turn their town—and their hearts—inside out.

When Ari crash lands on Old Earth, and pulls a magic sword from its ancient resting place, she becomes the forty-second reincarnation of King Arthur. Merlin awakes to find that having aged backward over the last forty-one Arthurs, he is now-wretchedly-a teenager. Ari may be Merlin’s final chance to complete the steps of the cycle: 1) Train Arthur 2) Defeat the greatest evil in the universe. 3) Unite all of mankind. No pressure.

I don’t know about prophecies or kings, but I do know this: Mercer is evil. They’ve imprisoned my parents, enslaved worlds, and now they’re after my friends. I’m done hiding.

My name is Ari Helix. I have a magic sword, a cranky wizard, and a revolution to start.

All her life, Teodora has hidden the fact that she secretly turns her family’s enemies into music boxes, mirrors, and other decorative objects. Then the Capo, the land’s new ruler, sends poisoned letters to the heads of the Five Families that have long controlled Vinalia. Four lie dead and Teo’s beloved father is gravely ill. To save him, Teo must travel to the capital as a DiSangro son–not merely disguised as a boy, but transformed into one.

Enter Cielo, a strega who can switch back and forth between male and female as effortlessly as turning a page in a book. Teo and Cielo journey together to the capital, and Teo struggles to master her powers and to keep her growing feelings for Cielo locked in her heart. Teo can’t forget her mission, and the closer they get to the palace, the more sinister secrets they uncover about what’s really going on in their beloved country–and the more determined Teo becomes to save her family at any cost. 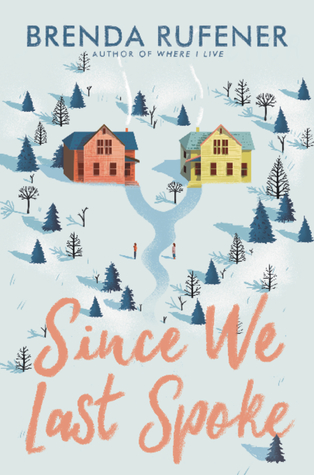 When Aggi Frank and Max Granger finally admitted their feelings for each other last December, it felt like love was beautiful and endless… until it wasn’t. A fatal car accident involving their older siblings throws their lives into sudden chaos. And with a restraining order now in place between the two bitter households, Aggi and Max’s love runs cold. Being together again seems like a distant fantasy, even though they share the same driveway.

Still, Plum Lake is a small town, and staying apart can’t last forever. Aggi and Max eventually reunite at a lake-house party hosted by a mutual friend and break the ice after a year of silence. But just as they begin to rebuild their relationship, the unthinkable happens when Aggi’s little sister, Grace, ﬂees from home after their father spirals into a ﬁt of rage. With a support system of friends close by, Aggi and Max must confront each other and their families in the hopes of mending all the broken pieces. 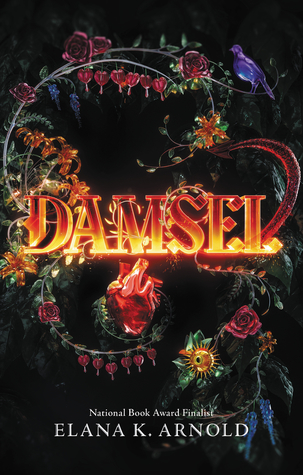 The rite has existed for as long as anyone can remember: when the prince-who-will-be-king comes of age, he must venture out into the gray lands, slay a fierce dragon, and rescue a damsel to be his bride. This is the way things have always been.

When Ama wakes in the arms of Prince Emory, however, she knows none of this. She has no memory of what came before she was captured by the dragon, or what horrors she has faced in its lair. She knows only this handsome prince, the story he tells of her rescue, and her destiny to sit on the throne beside him. Ama comes with Emory back to the kingdom of Harding, hailed as the new princess, welcomed to the court.

However, as soon as her first night falls, she begins to realize that not all is as it seems, that there is more to the legends of the dragons and the damsels than anyone knows–and that the greatest threats to her life may not be behind her, but here, in front of her.

Are any of these books on your radar? What was the last book you added to your TBR? Let me know in the comments below!

5 thoughts on “Anticipated Additions To My TBR #7”