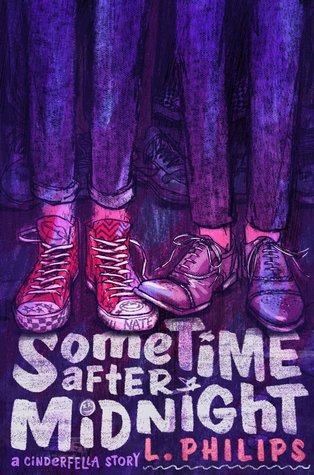 #AlexFromTarget meets queer Prince Charming in this glittering romcom following a teen music prodigy and the handsome socialite who unwittingly turns him into an internet sensation.

In a dingy Los Angeles club late one night, Cameron and Nate meet and find they have much more in common than their love of an obscure indie band. But when Nate learns that Cameron is the heir to a record label, the very one that destroyed his father’s life, he runs away as fast as he can. The only evidence of their brief but intense connection is a blurry photo Cameron snaps of Nate’s Sharpie-decorated Chuck Taylors as he flees.

Considering that Cameron is a real life Prince Charming–he’s handsome, famous, and rich–it’s only fitting that he sets out to find the owner of the Sharpied shoes. Cameron’s twin sister, a model and socialite, posts the picture of Nate’s shoes on Instagram to her legions of fans with the caption, “Anyone know the gorgeous owner of these shoes? My hottie brother is looking for him.” The internet just about breaks with the news of a modern fairy tale and the two become entwined in each other’s lives in this sparkling story about the power of music, the demons that haunt us, and the flutterings of first real love.