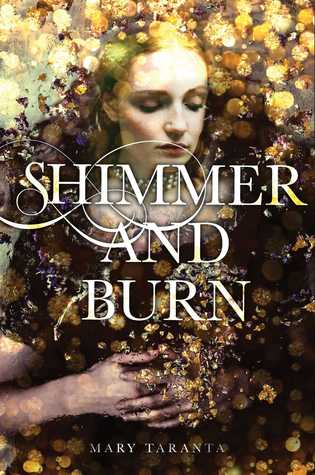 To save her sister’s life, Faris must smuggle magic into a plague-ridden neighboring kingdom in this exciting and dangerous start to a brand-new fantasy duology.

Faris grew up fighting to survive in the slums of Brindaigel while caring for her sister, Cadence. But when Cadence is caught trying to flee the kingdom and is sold into slavery, Faris reluctantly agrees to a lucrative scheme to buy her back, inadvertently binding herself to the power-hungry Princess Bryn, who wants to steal her father’s throne.

Now Faris must smuggle stolen magic into neighboring Avinea to incite its prince to alliance—magic that addicts in the war-torn country can sense in her blood and can steal with a touch. She and Bryn turn to a handsome traveling magician, North, who offers protection from Avinea’s many dangers, but he cannot save Faris from Bryn’s cruelty as she leverages Cadence’s freedom to force Faris to do anything—or kill anyone—she asks. Yet Faris is as fierce as Bryn, and even as she finds herself falling for North, she develops schemes of her own.

With the fate of kingdoms at stake, Faris, Bryn, and North maneuver through a dangerous game of magical and political machinations, where lives can be destroyed—or saved—with only a touch.

SHIMMER AND BURN ultimately exceeded all my expectations of a typical YA fantasy with aspects of magic and romance. This book, however, was so much more.

SHIMMER AND BURN follows Faris, who becomes magically tied to the princess of Brindaigel, Bryn, as she and Bryn travel to Avinea to make an alliance with the prince. However, they meet North on the way, as the three battle various new threats and each other. It’s impossible to summarize the story within one sentence, as the plot is incredibly intricate and detailed.

One of the most prominent aspects of this novel is the magic system. Magic, in this fantasy world, is unearthly and something that the best and the brightest are able to wield without consequences. The magic is dangerous and capable of killing, which makes this book so thrilling. The descriptions of the magic system is so thorough and detailed that it took me a few re-reads to get the gist of it. Even after reading the book, I’m a bit confused. The only aspect of this novel that I’m iffy about is the exhaustiveness of the magic system—it can be incredibly confusing, yet it’s something that makes this novel truly stand out.

The characters were unbelievably well-written. Faris was a character I really could root for—someone who is willing to sacrifice everything and anything for Cadence, her little sister; someone who felt human and just as confused and scared as I would be. Faris’s relationship with Bryn was rocky and tense—Bryn was an awful character; not in the way that she was poorly-written, but in the way that that I hated her. The author does a great job in illustrating the dimensions of most of the characters, such as North and Alistair (still hate him though), and I’m excited to see how these characters play out in the next book.

Overall, SHIMMER AND BURN is a dark and thrilling new fantasy, filled with a rich magical world and cutthroat characters. I would warn against this book if you’re not a fan of violence (in my opinion, it’s less violent/gory than the ENCLAVE series if that’s an indication), but I found this book to be a spectacular addition to my shelf.

Thank you to Margaret K. McElderry Books for providing me with a copy of this book in exchange for an honest review.

What are your thoughts? Are you planning to read this book? Let me know in the comments below!

10 thoughts on “Review: Shimmer and Burn by Mary Taranta”