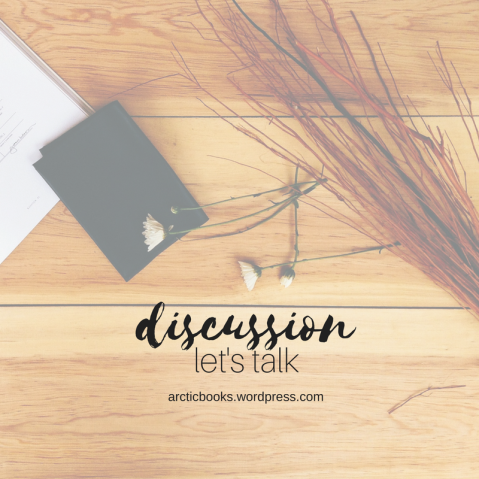 As more and more books and series are being adapted into television shows and movies alike, a common theme keeps coming up in regards to the degree of similarity of which the adaptation should be to the book. So, should book adaptations always be exactly like the book? Where do we draw the line between the practicality of filming/editing and how similar the book and movie/show adaptation should be?

(Side note: Not going to lie, this is basically me rambling and I’m pretty sure only like, 30% of it makes sense, so if you don’t really understand what I’m saying, it’s cool lol.)

Recently, it was announced that one of my favorite books ever (shatter me, if you didn’t know) is going to be turned into a television show. (Technically it was announced nearly a year ago and they’ve just written the pilot episode, but you know.) If this was a perfect world, this television show would be EXACTLY like the books. Everything down to the word. However, I doubt that that’s going to happen so I’m not really sure what to expect. That being said, I have pretty mixed expectations; on one hand, I want this show to be wholly reflective of the books because that would just be so gd awesome. On the other hand, is it terribly wrong if it’s not exactly like the books?

A while ago, I watched THE HOST, the movie based on the book of the same name, starring Saoirse Ronan, and I absolutely loved it. I had watched the movie before I read the book (oops) but watching the movie pushed me to reading it and enjoying it anyway. Although they were pretty different—there were a few aspects of the movie that weren’t present in the novel and several aspects of the novel that wasn’t explicitly explained in the movie. Even though they were distinct modes of telling the story, is it even fair to put them on the same playing field in regards to how much one enjoys it? In other words, is it worth comparing a book to its movie?

Creative license is what movie and television producers use to change little things about the plot of a book to produce the adaptation the way they like it. Though perhaps this isn’t morally correct in a booknerd standpoint, I personally don’t see anything wrong with changing a few aspects of a book to develop new twists and turns. I feel like if the basic plot is expressed well enough, it should be good enough for me. But idk man. For adaptations that are so out there, i.e. THE MORTAL INSTRUMENTS, I’m not sure I’m totally on board with them. Obviously, I have a very narrow view of this show, as I haven’t seen it yet, but from the things I’ve heard (correct me if I’m wrong), the show diverges from the book’s plot quite a bit.

So this discussion post was super unorganized and more of a mess of my thoughts on this topic. I always hear deeply critical things about adaptations that aren’t totally like the book, so I’ve always wanted to hear other people’s thoughts on it.

So, what are your thoughts? Are you okay if the book adaptation isn’t exactly like the book? To what extent can the adaptation diverge from the original plot and still be okay by your own standards? Let me know what you think in the comments below!

50 thoughts on “Should Book Adaptations be Exactly Like the Book? | Discussion”