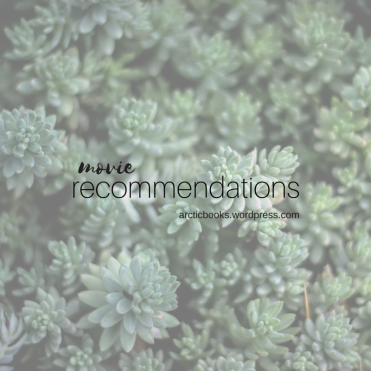 Besides reading a good movie, I adore watching a good movie. Thus, I’d love to share with you some recent movies that I liked! I’ve written a few posts like these, such as 10 Book-to-Movies I Still Have to Watch and Top 15 Movies That Everyone Should Watch. 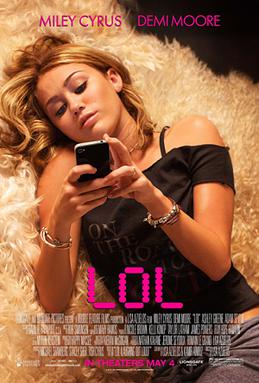 In a world where connections via Facebook, Twitter and other social media networks are the norm, high-school student Lola (Miley Cyrus) is trying to navigate her way through the usual teen pressures of romance, friendship and overprotective parents (Demi Moore, Thomas Jane). Broken-hearted by a break-up with her boyfriend, Lola’s world turns upside-down when she realizes that her best friend, Kyle (Douglas Booth), could actually be the love of her life.

I really enjoyed this coming-of-age romance movie. It really encapsulated what I thought ~teenager life~ was like, and it has an AMAZING soundtrack. Believe me on this.

In New York City in 1987, a handsome, young urban professional, Patrick Bateman (Christian Bale), lives a second life as a gruesome serial killer by night. The cast is filled by the detective (Willem Dafoe), the fiance (Reese Witherspoon), the mistress (Samantha Mathis), the coworker (Jared Leto), and the secretary (Chloë Sevigny). This is a biting, wry comedy examining the elements that make a man a monster.

This movie is pretty freaky (maybe don’t watch it at night unless you’re into that), but it was very intriguing. Not going to lie, I didn’t really know what to expect but I did like it!

A young woman (Britt Robertson) chronicles her sexual adventures in an anonymous blog that exposes her innermost desires, shames and secrets.

Lots of drama, this one. I love Britt Robertson, and although this movie wasn’t exactly my usual taste, the ending was totally up my alley. This movie is a bit inappropriate for younger viewers, so be cautious!

The human race stands on the brink of extinction as a series of alien attacks decimate the planet, causing earthquakes, tsunamis and disease. Separated from her family, Ohio teenager Cassie Sullivan (Chloë Grace Moretz) will do whatever it takes to reunite with her brother Sam. Fate leads her to form an alliance with Evan Walker (Alex Roe), a mysterious young man who may be her last hope. Forced to trust each other, Cassie and Evan fight for survival during the fifth assault from the invaders.

I adored the novel of the same name but I was a bit hesitant to watch the movie. Nonetheless, this movie was enjoyable and gave me a refresher for when I read THE INFINITE SEA!

From the largest elephant to the smallest shrew, the city of Zootopia is a mammal metropolis where various animals live and thrive. When Judy Hopps (Ginnifer Goodwin) becomes the first rabbit to join the police force, she quickly learns how tough it is to enforce the law. Determined to prove herself, Judy jumps at the opportunity to solve a mysterious case. Unfortunately, that means working with Nick Wilde (Jason Bateman), a wily fox who makes her job even harder.

I watched this movie with my little sister, and I’m really glad I did! I had seen a lot of people like this movie and I wasn’t disappointed!

Earth has been colonized by the Souls, an alien race that wipes out the minds of humans and turns their bodies into hosts for interstellar travelers. Most of mankind has been eradicated, but some, like Melanie (Saoirse Ronan) and her family, have survived and are hiding. Melanie is captured by a Seeker and has a Soul named Wanderer implanted in her body, but she refuses to relinquish control. When Wanderer betrays her people to save Melanie, the Seeker sets out in relentless pursuit.

I can’t remember if I read the book or watched the movie first but nonetheless, I really enjoyed both! Even if you didn’t really enjoy TWILIGHT, try this one out!

Have you seen any of these movies? Thoughts? Do you have any movie recommendations for me?