Skip to content
Search
Close
Hi everyone! I’m super excited to be part of the blog tour for GEMINI! I adore making and listening to playlists, so I’m thrilled to present one created by the author, Sonya, as part of one of the main characters. And hugs to Hannah @ Irish Banana for organizing the tour!

In a powerful and daring debut novel, Sonya Mukherjee shares the story of sisters Clara and Hailey, conjoined twins who are learning what it means to be truly extraordinary.

Seventeen-year-old conjoined twins Clara and Hailey have lived in the same small town their entire lives—no one stares at them anymore. But there are cracks in their quiet existence, and they’re slowly becoming more apparent. Clara and Hailey are at a crossroads. Clara wants to stay close to home, avoid all attention, and study the night sky. Hailey wants to travel the world, learn from great artists, and dance with mysterious boys. As high school graduation approaches, each twin must untangle her dreams from her sister’s, and figure out what it means to be her own person.

Told in alternating perspectives, this unconventional coming-of-age tale shows how dreams can break your heart—but the love between sisters can mend it.

This playlist and blurb have been written by the author, so thank you, Sonya!

Since Gemini features twin protagonists, and Clara and Hailey have completely different tastes and preferences, it seemed only fair to create a separate playlist for each of them.

This one is for Hailey. She’s been dreaming of traveling the world, which is tough because Clara, her conjoined twin sister, is afraid of leaving the safety of their small hometown in the California mountains.

So I put together a few songs to help Hailey daydream about just a small fraction of the many places she’d like to visit. By the way, the list is a little heavy on the northern hemisphere, and particularly Europe, because I was able to find more songs about those places, and especially more positive songs. If you know of a great song that I should add about another part of the world—preferably singing that place’s praises—let me know in the comments!

It’s not available on Spotify, but “Dubai State of Mind,” by Mo Mansour featuring Emma Hayes, is a very sweet tribute to Dubai.

Since Hailey and Clara live in California, they can start their musical world tour in Beverly Hills. I’m thinking Hailey will want to blast this song out her open car windows while stopped at a red light on Rodeo Drive, just to embarrass Clara.

This is a quick trip around the globe, so with apologies to the rest of North America, we’re hopping right over to the city where dreams are made of. (Hey, no one ever said song lyrics had to make perfect sense.)

Apparently, when Madonna dreamed of San Pedro, she wasn’t thinking of a real place; her island is imaginary. However, there is a San Pedro in Belize, so let’s pretend that’s what she had in mind, and we’ll go there to enjoy this mellow island tune before we cross the Atlantic.

When London calls, you have to answer.

I’m not even sure this song has that much to do with Amsterdam. But Hailey read The Fault in Our Stars, and now she really wants to go to Amsterdam, so there you have it. There’s no reasoning with her.

Don’t worry. As long as Avicii isn’t there, Hailey won’t actually have to take any pills, and it will still be really cool.

I’ve never been to Budapest, but I hear it’s beautiful. Also, according to this song, it sounds like George Ezra has a really nice house there that he doesn’t want anymore. Anybody know what he’s asking for it?

OK, this one requires some time travel, but all the better—that’s a serious adventure.

I think Hailey will also want to make a side trip to see the Great Pyramids.

Matisyahu is a fascinating, one-of-a-kind musician. Hailey would love him.

This one isn’t available on Spotify, but you can hear it on YouTube. Adapted from “Empire State of Mind,” it’s a nice tribute to the city of Dubai.

A pretty, floaty song for floating through Mumbai.

We’ve crossed most of the world now, with just the Pacific left ahead of us, and then we’ll be back home. But don’t worry, we’ve still got two more stops along the way.

A quick jaunt down to the southern hemisphere, where we will definitely have a vegemite sandwich, and hope that nobody chunders.

My parents introduced me to this song a few years ago. Ohana is the Hawaiian word for family, including your extended and chosen family. I think it’s a lovely note to end on, as we think about the strong ties of families and their powerful bonds with all the amazing and diverse places where they live—and as we also hold onto the hope that this whole globe can one day recognize the ways in which we’re all connected, related, and intertwined, like the enormous family that we really are. 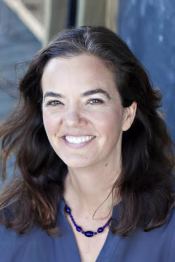 I grew up in California’s Gold Country, where I spent a lot of time sitting in trees, reading books and writing stories in my head. Now I live in the San Francisco Bay Area, where I spend a lot of time sitting in coffee shops, reading books and writing stories on my laptop. I like to play board games with my husband and kids, watch the kids’ soccer games, and scare them with my terrible dancing.

3 Finished Copies of GEMINI (US Only) 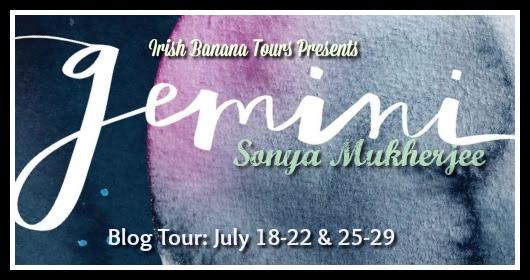 What was your favorite part of this post? Do you recognize any songs in the playlist? Are you planning to read this book? Let me know your thoughts in the comments below!