Hi everyone! Welcome to my stop for the blog tour for WHISPER TO ME by Nick Lake, hosted by the ever so lovely Hannah from The Irish Banana Review. Today, I have a few dream castings to show you and a giveaway at the end! Let’s get started!

Cassie is writing a letter to the boy whose heart she broke. She’s trying to explain why. Why she pushed him away. Why her father got so angry when he saw them together. Why she disappears some nights. Why she won’t let herself remember what happened that long-ago night on the boardwalk. Why she fell apart so completely.

Desperate for his forgiveness, she’s telling the whole story of the summer she nearly lost herself. She’s hoping he’ll understand as well as she now does how love—love for your family, love for that person who makes your heart beat faster, and love for yourself—can save you after all.

Nick was kind enough to create a dream cast for his characters! I also added some pictures for your viewing pleasure.

Oh that’s a tough one. I know the inside of Cassie’s head, because she narrates the story, but I can’t say I have a mental picture of the outside of her. That said, I think Hailee Steinfeld, who played Mattie in True Grit and the legacy girl in Pitch Perfect 2 would capture Cassie’s mixture of huge strength, irony, cleverness, vulnerability and sincerity. 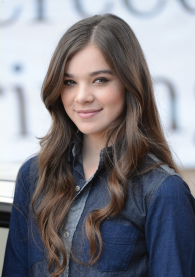 “You” is never named in the story so I’m not sure he should be cast either. Maybe there would be some way to keep him always out of shot. After all, Cassie saves herself in the end – she doesn’t need a boy to do it. And maybe if we keep him off screen he can be anything and anyone we like… If we were to see him, he would be hard to cast. The thing is, he’s probably good looking. He definitely has a presence – he’s not the geeky guy who gets the girl that Hollywood loves to portray. But on the other hand he’s smart, he loves books. And the danger in casting someone handsome is that he ends up coming across as an alpha jock, which he isn’t. He’s the kind of person who exists in real life but not especially on screen. Are we allowed to time travel? If we’re allowed to time travel then maybe mid 90s Matt Damon.

Cassie’s dad… The thing about Cassie’s dad is that, because I identify with the narrator when I’m writing, I see him as being really old. But in reality he’s probably not all that much older than me, which is a weird kind of cognitive dissonance. And means that I guess I need to pick someone younger than who I “see” him as. I remember watching Twilight and thinking, ‘what? That’s not her dad. Her dad’s old.’ It’s maybe a strange choice because Cassie’s dad would presumably be pretty big and strong, but I think Christian Slater would play the role beautifully. (But it would probably end up being someone like Channing Tatum and then I would feel so, so old.) 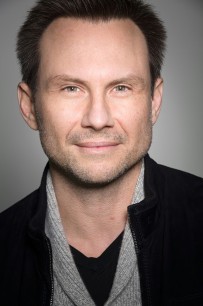 Paris, Paris… Paris is the hardest. This is a character with extraordinary charisma – she’s one of those people who just shines. So it would have to be a star, someone who glows beyond their own borders, who doesn’t fit into their own outline. Jennifer Lawrence, basically. 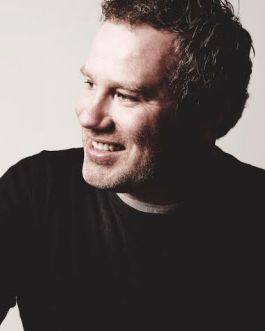 My name is Nick and I write and edit books for young adults. My first YA novel IN DARKNESS, was published by Bloomsbury in 2012 and won the Michael L Printz Award for Excellence in YA Literature. I also wrote a book called HOSTAGE THREE about a girl kidnapped by Somali pirates.

THERE WILL BE LIES is coming in January 15 and is about a girl who learns that everything she knows is a lie. To say it’s a book with a twist in the story would be a massive understatement. There is also a talking coyote in it.

I live with my wife, daughter and son in a 16th century house in England with almost 19th century amenities. Sometimes the heating even works.

I like: reading, art, music, food containing sugar, cities at night, the countryside in the daytime, vintage furniture, modern standards of heating (see above), travelling.

The fun doesn’t end here! Check out the rest of the tour schedule:

3 Finished Copies of WHISPER TO ME (US Only)

What’s your dream cast? Have you read this book yet? Comment below with your thoughts!

5 thoughts on “Blog Tour: Whisper to Me by Nick Lake | Dream Casting + Giveaway”