If you have to take one thing from me, just know that I adore the television show, FRIENDS. It’s probably one of my favorite sitcoms, and I adore sitcoms. So when I came across this book tag, I had to do it. Let’s get started!

The One Where Eddie Won’t Go – a character I wish would just go away:

I wasn’t a huge fan of Danielle from ELEMENTALS: THE PROPHECY OF SHADOWS by Michelle Madow. She seemed too controlling and not a very good girlfriend to Blake.

The One Where Ross and Rachel Take A Break – favorite break up scene: 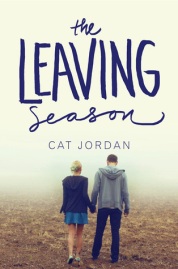 Not going to lie, I was quite happy when Middie and Nate broke up in THE LEAVING SEASON. Which meant more Lee and Middie!

The One With All The Kissing – a book with lots of kissing:

SHATTER ME by Tahereh Mafi definitely has a lot of smooching scenes. They’re one of the reasons why I adore this book series!

The Last One – favorite series finale:

I really enjoyed CHAMPION by Marie Lu, the last book of the LEGEND series. Marie Lu just knows how to end a book series; it was painful yet amazing.

The One With a Blackout – a scene I’d like to forget: 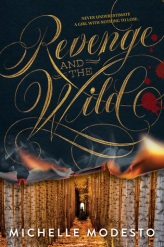 That one scene in REVENGE AND THE WILD with James and Westie. If you’ve read it, I’m sure you know what I’m talking about.

The One Where Chandler Can’t Cry – a book that did not make you as emotional as others:

Probably MY LIFE NEXT DOOR by Huntley Fitzpatrick. I know a lot of people adored this book and raved so much over it, but I really didn’t like it. I mean, it was alright, but I didn’t think it deserved the hype.

The One Where Joey Doesn’t Share Food – a book you won’t ever lend:

I don’t lend out books usually, but if I had to choose, I would never lend out my copy of ILLUMINAE or SIX OF CROWS. They’re just too pretty that I don’t know what I would do if they came back to me damaged.

The One With the Thumb – a recent read that you would give two thumbs up to:

I read this a while ago, so I’m technically cheating a little with this answer, but I adored WE ARE THE ANTS by Shaun David Hutchinson. It was absolutely amazing.

The One With the Ick Factor – a book with a pet peeve:

I really liked it, but BURNING GLASS by Kathryn Purdie featured a bad romanticized relationship, which I really didn’t like. Despite that, it was pretty good.

The One With The Lesbian Wedding – favorite LGBTQ book couple:

I really enjoyed the relationship between Mnemba and Kara in UNICORN TRACKS by Julia Ember. They had such a sweet and swoony romance.

Have you read any of the aforementioned books? Do you enjoy watching FRIENDS?

6 thoughts on “The FRIENDS Book Tag”