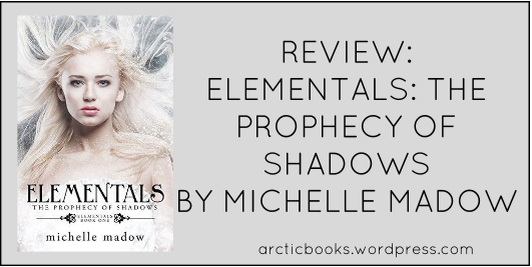 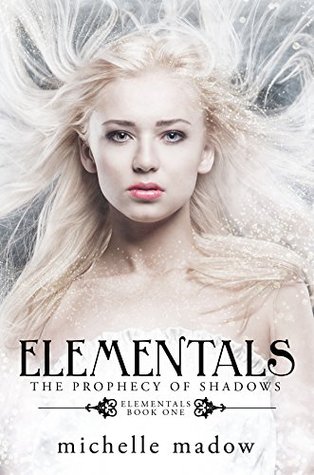 Filled with magic, thrilling adventure, and sweet romance, Elementals is the first in a new series that fans of Percy Jackson and The Secret Circle will love!

When Nicole Cassidy moves from sunny Georgia to gloomy New England, the last thing she expects is to learn that her homeroom is a cover for a secret coven of witches. Even more surprisingly … she’s apparently a witch herself. Despite doubts about her newfound abilities, Nicole is welcomed into this ancient circle of witches and is bedazzled by their powers–and, to her dismay, by Blake–the school’s notorious bad-boy.

Girls who get close to Blake wind up hurt. His girlfriend Danielle will do anything to keep them away, even if she must resort to using dark magic. But the chemistry between Blake and Nicole is undeniable, and despite wanting to protect Nicole from Danielle’s wrath, he finds it impossible to keep his distance.

When the Olympian Comet shoots through the sky for the first time in three thousand years, Nicole, Blake, Danielle, and two others in their homeroom are gifted with mysterious powers. But the comet has another effect–it opens the portal to the prison world that has contained the Titans for centuries. After an ancient monster escapes and attacks Nicole and Blake, it’s up to them and the others to follow the clues from a cryptic prophecy so that they can save their town … and possibly the world.

ELEMENTALS: THE PROPHECY OF SHADOWS was my first Michelle Madow book, and I was quite pleased with this story. This novel follows the story of Nicole Cassidy, the new girl who finds out that she, along with four other people, are witches who have powers beyond what she had ever imagined. These powers control the elements: fire, water, air, earth, and aether.

What I really enjoyed were the different aspects of mythology as well as magic in this book. I obviously love magical aspects in books, so I really enjoyed the different ways that magic was used in this novel. Not only that, the description and language were amazing. When Nicole performs magic, it’s almost always accompanied by a plethora of colorful imagery and sensational writing.

As you might know, I adore drama, especially scenes that involve romance. Blake and Danielle are together, but of course Blake and Nicole develop a relationship as well. Watching their romance unfold was incredibly interesting especially because they have to be together in secret and all that. Even so, this romance could have taken up the whole book and taken away from the actual plot, but it didn’t! Michelle does a phenomenal job moving the plot along.

What I would have liked is more character development, especially in regards to Nicole. Throughout the book, she seemed somewhat stoic and impassive, which I thought was quite unrealistic regarding the new information she gathered and the new powers she harnessed. I felt as if she was pushed into the whole magical realm without the proper emotional reaction. But that’s just me. Also, I definitely would have appreciated more scenes with Nicole’s family. The connection between Nicole’s powers and her family was so strong that I felt that there could definitely be more background information regarding her origins so that it didn’t feel so disconnected.

Have you read this book yet? If so, what were your thoughts? If not, do you plan to? Let me know in the comments!

6 thoughts on “Review: Elementals: The Prophecy of Shadows by Michelle Madow”